without form, and I carry it with me, 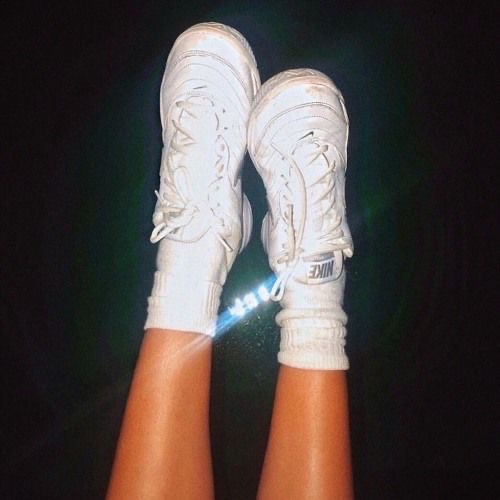 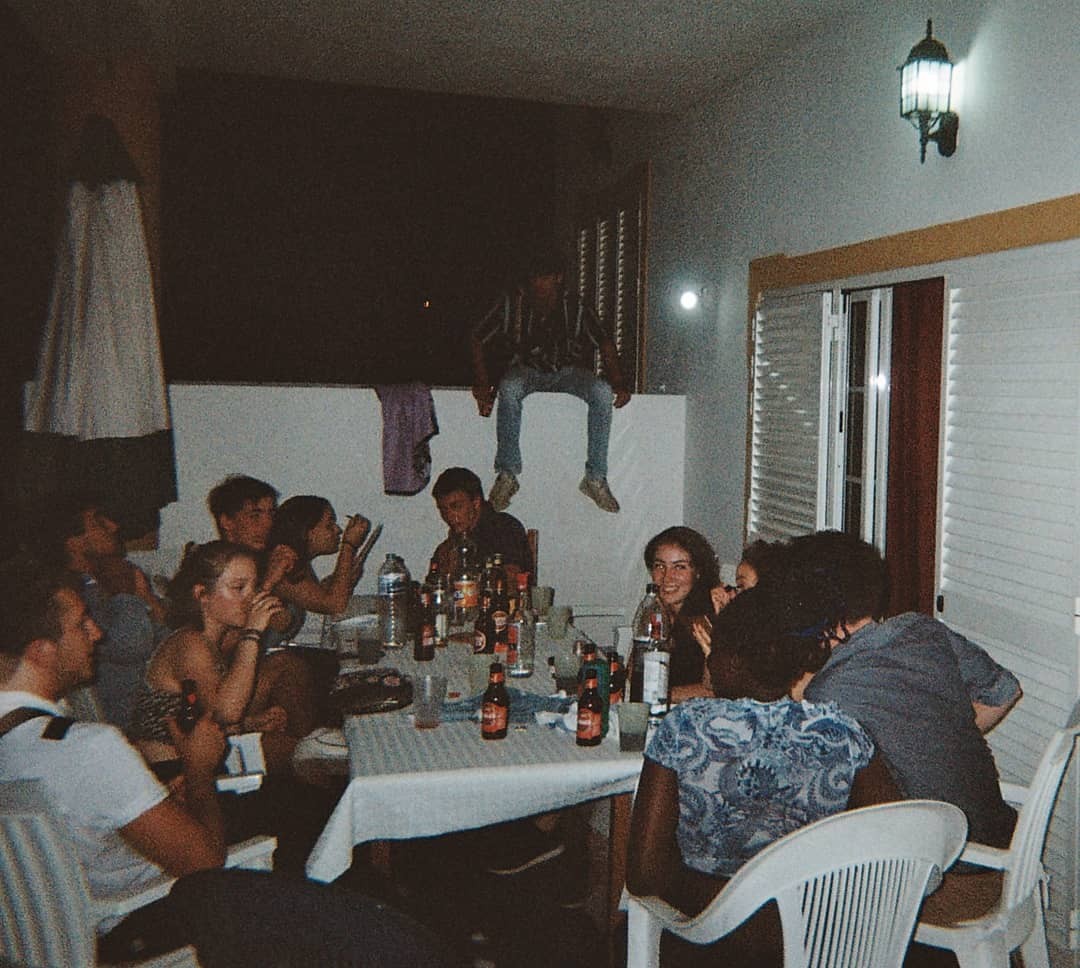 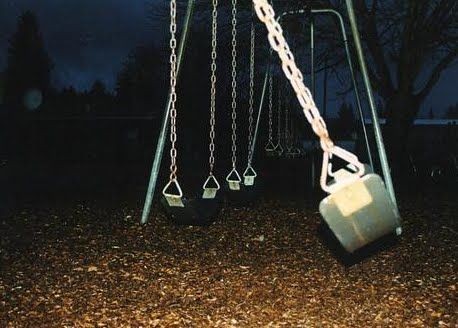 If part of Junk is

Jotteo, as fans call it, is a fandom-wide underdog, a hidden gem, a possibility so underrated that even the most damning in-your-face evidence of its potential is overlooked in favor of parings more digestible, more tokenizing. Jotteo is the kid from high school who smoked weed under the bleachers during gym class. Jotteo is love. Jotteo is dissent in the face of formulaic television.

They are soulmates, your honor.

You know that even the fuckiest stoners under the bleachers contribute to the ecosystem, hate them or love them. They're who you come to when you need some haze yourself. This is Jotteo. It does not merely exist to disrupt - it provides. Matteo had ten episodes to undergo a sexual awakening. Perhaps Jonas's has been lingering there, in the background among bro cuddles and his own fuckboy evolution. Matteo's journey is fantastic in and of itself, but ends with an imitation of love rather than something authentic worth celebrating. He ends up with David because that's what's supposed to happen, because the season doubled as a narrative for transsexual-transgender youth and it felt right to combine the two, because the original Skam introduced Even as a new character and a love interest. Matteo and Jonas's friendship is a much deeper one than previous iterations of our Isaks and Jonases, where Isak's crush on Jonas was so vague that it would be impossible not to understand it for the plot device it was. To push Druck's version to the back burner in favour of David is a major 'fuck you' to dedicated audiences everywhere. We're not in the wrong for desiring further exploration into a relationship that was, for all intents and purposes, waved in front of our faces like a carrot on a stick.

At his worst, Matteo builds walls so high it's near-impossible to climb over them, let alone knock them down. Jonas knows this. He sees past the bullshit and knows what Matteo needs and prioritizes it above what he wants because he knows. Jonas as a proactive, caring person in season three is oft overlooked (the fact that this is a fictional TV show and most of the people who watch it aren't obsessively focused on every character and every detail has nothing to do with it, I'm sure 🙄), but it speaks to his relationship with Matteo as much as it speaks to him as a multifaceted character whose behaviours not only differ depending on who he's with, but contradict. Season 3 gives us fuckboy Jonas, manwhore Jonas, the seasoned sex-loving chad who retells his sexual encounters to friends like a debauched young royal, so proud of it all... but in the plentiful moments between that, he's a sweetheart who spots the signs that something is wrong with his closest friend and goes out of his way, if not always to tackle the problem head-on, to take Matteo's mind off of what's bothering him.

This in particular shines light on a homosexual interpretation of Jonas's character. The way he speaks of women he has sex with isn't particularly degrading or objectifying. He indicates that he has performed sexual acts on women that bring them pleasure the same way that they do things to pleasure him, so clearly he isn't just some macho misogynist who sees women as walking fleshlights. In fact, Matteo's discomfort with the way the boy squad talk about sex is less about them treating women like sex objects and more with them talking about having sex with and being attracted to women at all, which Matteo as a gay man couldn't relate to. Of the four, Jonas appears to be the one with the most sexual experience. Could his frequent sex with women and open, even proud, discussion of it be a form of compensation for his attraction to men? Could he be bisexual and repressing it under mountains of pussy? Could he possibly be tamping down his love for his best friend? Desperately fighting it off like the rising tide of self-questioning that it is?

I mean... obviously not in canon, but one can always dream.

And besides, besides, bee-fucking-sides: Matteo. Had. A. Crush. On. Jonas. It's literally dictated by the gods of Skam fate that he would and that he gets over it as he falls in love for real. Druck's play on this feels much more blatant than other versions' despite it, disappointingly, not being explored in any more depth. Fans can clamber all they want to say that the bed-hair scene of gay misery (see introductory GIF) achieved this, but........ well, one seconds-long scene ain't an exploration. It answers a question (that being 'does Matteo have a crush on anyone that would push him towards the realisation that he's gay?') and marches onward. Man, the potential it had! Picture the bright morning of future nonexistent where Matteo wakes up beside Jonas and plays with his hair when they're both awake to experience it and none of it feels like a dirty little secret. Picture it and tell me it doesn't deserve to exist. 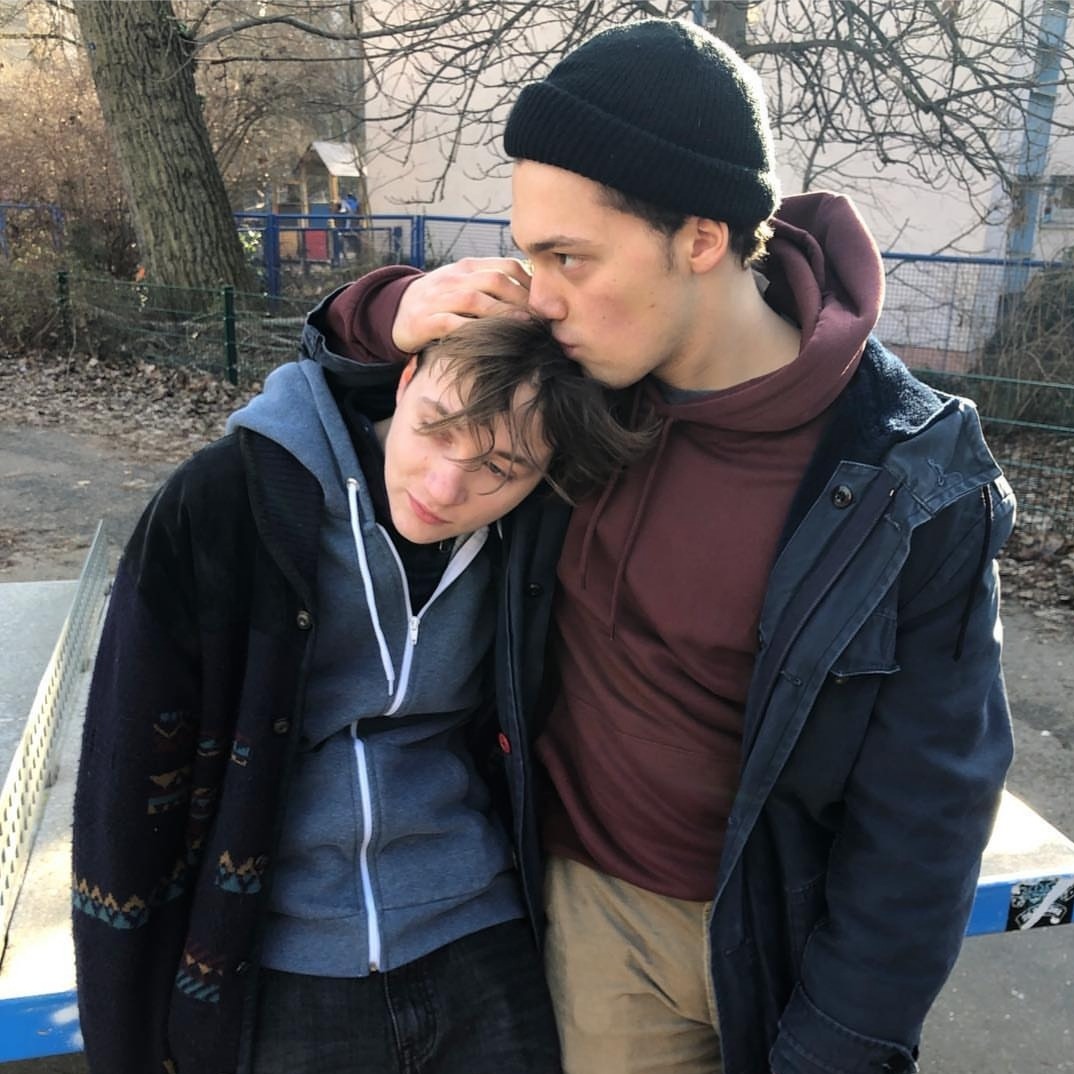 When all is said and done, though, I think my reason for die-hard Jotteo-ism is that Davenzi bores me. It's not as interesting or exciting as Matteo with his best friend or the crises that could ensue as he figures that out. David is so, so precious to me, but he deserves a story that doesn't use his transsexual status as a means to an end (which absolutely isn't the only reason it's there. As a matter of fact it's a very sweet way of introducing acceptance and understanding of transsexual people, especially young ones who are in school and just want to live their stealth existence without being reminded of their transness and how society makes that so damn hard). I care about Matteo's self-discovery as a narrative that speaks to me and to teenagers everywhere before I'll ever care about it being pretty. He deserves a relationship that's not tumultous and exhausting. David's reason was understandable but absolutely unacceptable. You don't get to mistreat people just because you have a secret like that. I didn't feel bad when he came out to Matteo and it all started coming together, you know? Like, Matteo's experience with his first gay relationship was pretty shit over all. Does this gay teenager deserve to be led on and tossed back and forth like he's disposable because he dared to pursue a relationship with someone he was attracted to?

And I don't think David should be used as a tool for questioning, either. After David comes out as transsexual (transgender) to Matteo, Matteo is confused about himself. If he's attracted to a trans man, as in a man who is biologically female and 'used to be a girl', does that undermine his homosexuality? Does it not call into question whether or not he's actually gay? And what Hans tells Matteo reassures both him and the viewer that yes, he's still gay, he's attracted to David as a person and not to his body, so it's fine. I wish they had also acknowledged 'if you're attracted to a trans person without knowing they're trans and still see them as their gender rather than just their sex after finding out' as a factor because that's a common thing for cis-trans couples, but... okay. Alright. We can make this a 'hearts not parts' thing. That works. It's only that Matteo's #1 problem is that he's gay and confused about his sexuality, so throwing in transness to teach acceptance is more like killing two birds with one stone just to rope in allllll the LGBT stuff in one season than it is for a legitimate discussion of anything.

This one is simple enough - Eva is... a typical girl. She just looks like a teenage gal. I don't think there's anything else to say about it but I was looking for someone younger-looking than most Skam adaptations because my vision is inspired a lot by Druck's noticeably younger-looking cast.

I found most of the remakes' Nooras disappointing due to them being less conventionally attractive (no offense jajaaja) than OG Noora. Her looks were, to my assumption, part of her charm and what drew William to her. I'd never realistically cast a model with no acting experience for an acting role, but this is a fancast and not a real cast announcement, so we're sicking with the model. OK.

Don't know this actress's background at all. Evidently she isn't fully white and I'd guess she IS middle eastern to some extent (Iman is a middle eastern name) but I don't know anything besides that.

The standard for Vilde in remakes seems to be that she has to have a mousy, unconventional appearance and a super cultural name. Think Engel from Skam NL. I just cannot for the life of me find someone who has the right appearance so I stuck for this unknown ass actress for now but it is what it is.